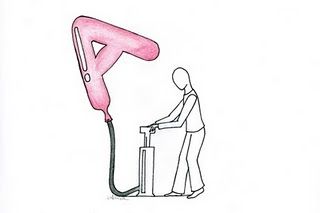 There's a problem at a lot of well-known, hyper-competitive schools. As it turns out, when you get thousands of very successful students who've made their way into a top-tier college by getting straight A's, they don't want to stop getting straight A's just because they're suddenly surrounded by kindred spirits. Suddenly, just about everyone's getting A's for doing a comparatively average job and the grades start to mean very little.

The consequences are far-reaching. The more grades get devalued, the more a college education gets devalued as well. If you ask Google whether or not you should include your GPA on your resume, you'll get wildly differing advice. That's too bad because it shows how little faith many employers have in what's supposed to be a standardized marker of academic achievement.

The data on grading trends is pretty shocking. Take a look at the chart below. You'll notice a huge spike in A's through the '70s, then another slow but steady climb starting in the early '90s and not stopping. You'll also notice that private schools have a steeper slope than public schools. Not sure if it means there's more grade coddling at private schools or if it's just because those students are most likely in a better socioeconomic status.

So a handful of schools, notably Notre Dame and Princeton, have decided to combat this practice by setting limits on the percentage of students who can earn A's.

At least Princeton seems to be going about it intelligently. The school recommended that no more than 35% of students should earn an A. But rather than pulling A's from students who've already earned them, they've been pressuring the faculty into being more conservative with their grading. Consequently, they've been able to bring the total number of A grades down from nearly half to just above their goal.

I hope other Princeton's practice of setting goals, not quotas, becomes the model solution. Quotas pit students against each other in direct competition while taking all the responsibility out of the hands of the professors. Goals, on the other hand, give incentives to professors to hold their students to a higher standard.