in Education jobs Life After College

I would prefer not to live in a country in which rhetoric about the purpose of college urges kids from privileged backgrounds to be innovators and creators while the poor kids who do very well in school are taught to be educated, capable employees.

This quote comes from this article, titled "The Danger of Telling Poor Kids That College Is the Key to Social Mobility" by Andrew Simmons. I highly recommend it if you have any interest in educational issues and socioeconomic differences. The whole thing really hits the nail on the head. 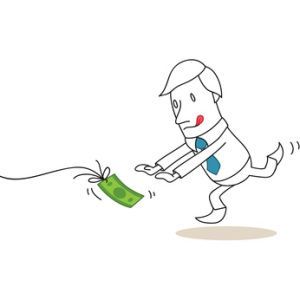 Simmons argues that focusing on the monetary rewards of a bachelor's degree does a disservice to the other, more attractive qualities of college. These are the benefits of the liberal arts—experimenting with new ideas, expanding your outlook, and learning how to think and communicate critically. We've talked about that same point on this blog before, only our focus was on the idea that focusing on how STEM majors earn more money does a disservice to the potential for curiosity and innovation among STEM majors. Simmons indirectly refers to that same point with this statistic: 32% of college students pick a major that doesn't interest them. Then, big surprise, that 32 % are less likely to graduate.

But Simmons' primary focus is on economic background. While he's vague about his exact credentials, he makes it clear that he teaches students from lower-income families. Again and again, he asserts, the message that lower-income students receive throughout middle and high school is that going to college leads to more money. It's just assumed that this will be the primary motivator for the less financially privileged.

And that's ridiculous. Students who have grown up in a household where money is tight already understand the value of a dollar, more so than their more affluent classmates. The last thing they need is a reminder that money is the end-all, be-all of a career. It's like we don't trust poorer students to imagine big, and that's incredibly disrespectful to their imaginations.

Once you're out of school and in a career, you really start to see the limits of money as a motivator. Money can motivate you to get out of bed in the morning to go collect your paycheck for a day's work. It might even motivate you to push yourself a little further for a promotion.

But money can't motivate you to pour your heart and soul into a project you truly believe in. It can't motivate you to break the mold. The former is good enough for most people to get by, but the latter is necessary for the people who really want to make a difference or create something great. As Simmons points out in his quote above, that's the difference between employees and innovators.

Students going into college deserve both more honesty and more encouragement about college. We need to be honest that a degree doesn't lead directly to a job. We need to be honest that college isn't for everybody. But we also need to foster bigger ideas in the students that do want to go to college. It's not about earning potential. It's about whether a student can look back on his or her college career and feel like they took full advantage of a once-in-a-lifetime experience.