Opinion: Supreme Court Makes the Right Call on Affirmative Action, Pleases No One

This morning, the Supreme Court kicked off its summer blockbuster season with a long-brewing case on affirmative action. We first talked about the case last October, where an aspiring college student named Abigail Fisher sued the University of Texas: Austin for discrimination after not being accepted. 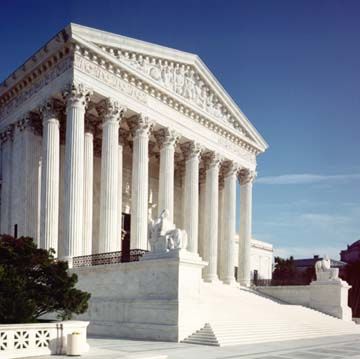 The Supreme Court's call was agreed upon 7-1. (There were only 8 votes since Justice Kagan recused herself.) To make a long ruling short, the Supreme Court sent the case back to lower courts, saying that they didn't scrutinize UT-Austin's admissions process closely enough before sending the case along.

If that sounds like a bit of a cop-out, well... it is. The justices said quite a bit on the nuanced topic but decided on very little. But all things considered, that was probably the best thing they could have done. Any sweeping decision on affirmative action -- for or against the policy -- could only have resulted in lots of unfairly disenfranchised people.

A nuanced topic needs a nuanced ruling, and the Supreme Court's non-decision only reflects the pointlessness of the question "Is affirmative action good or bad?" It's both and it's neither. Kicking the case back down to the lower courts just shows that if you want the Supreme Court to give you a straight answer, you need to ask them a more specific question.

Personally, I'm more sympathetic toward the UT-Austin administrators trying to establish a balanced admissions system (even if the end result is deeply flawed) than I am toward a single student who didn't get into her first choice of school. That being said, I'm glad these sorts of cases get brought up because affirmative action should be scrutinized heavily. It's the only way to develop, over time, a system better than what we currently have. Delaying a decision was the right call. This topic needs more time to evolve.