Maurice Sendak and the Importance of Being Scared | Bookbyte

Maurice Sendak and the Importance of Being Scared 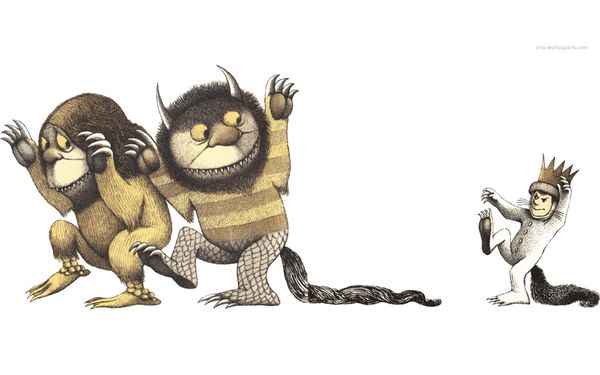 Maurice Sendak, author and illustrator of Where the Wild Things Are, In the Night Kitchen, and a bunch of other books that likely played an important role in your childhood, passed away yesterday at the age of 83.

Sendak's public persona had a bit of resurgence in his 80s. Last year, he released a new book, Bumble-Ardy, and gave this absolutely hilarious two-part interview on The Colbert Report. In 2009, when the Spike Jonze-directed film version of Where the Wild Things Are was released, a Newsweek reporter asked Sendak what he would tell parents who thought the film adaptation was too scary. Sendak told these theoretical parents to go to hell. (Here's the interview. The whole thing is worth reading.)

Sendak has long been a proponent of the idea that children are much more capable of handling complex and dark themes then they get credit for. When he won a Caldecott in 1964, his speech defended the importance of encouraging fantasy among children -- "that imagined world where disturbing emotional situations are solved to their satisfaction." Sendak's intent was never to traumatize children, just to create a story where fears, repressions, and insecurities feel just as authentic as the real world but are made manageable in the restraints of fiction.

That's a viewpoint I've always appreciated, even as I generally see the world tilt in the opposite direction. I grew up in the early '90s, so one of my favorite cartoons (and still one of all-time my favorite shows) is Batman: The Animated Series. One of the amazing things about that show, watching it today, is seeing how the show was able to fit within the network's strict standards for kids' shows while never holding back on very mature themes. For example, you won't see a drop of blood, but you will see Bruce Wayne have a nightmare about his parents' death. In one episode, Batman arrives too late to a police shootout that ends with Commissioner Gordon being badly wounded. Gordon is placed in intensive care and Batman returns to his hideout, where he smashes computers, overturns desks, and breaks equipment. He throws a tantrum, basically. And then he guiltily sulks for the rest of the episode. As a kid, I didn't just see the hero always do the right thing (he's back to his crime-fighting ways by the end), but I got to see him feel universal emotions like guilt, regret, frustration, and inadequacy. Those feelings aren't just universal: they appear almost as soon as we begin to understand the world around us.

As a kid, it's always incredibly frustrating when you can actively see the world trying to coddle you, even if you don't want it. When I was very young, all playgrounds were wood and metal. By the time I was around 8, they all started to turn plastic. In many places, they even replaced the wood chips on the ground with a spongy and springy floor. As an 8-year old, I hated it. I couldn't put it in words then, but I was simply angry that the world was removing the manageable danger of cuts, bruises, and splinters.

Even as adults, we still crave manageable danger. It's the reason we go rock climbing and river rafting. It's the reason we travel to other countries without knowing the language. And it's the reason we seek out fiction that will give us an emotional reaction -- whether it's a scary movie, a heartbreaking book, or a TV show that gets laughs from uncomfortable and unexpected situations.

Sendak understood that, and built a career around that. While just about every publication has released their own posthumous tribute focusing on his "it's OK to be scared" mentality, many of them seem to overlook just how gently he handled real emotions. After all, Where the Wild Things Are ends with Max returning home to eat his mother's still-hot soup. Despite the wildness of Max's adventures, in the end, his mother's love wins out. An exciting story and a comforting conclusion -- that's a good formula for any story, not just one for kids.

So rest in peace, Maurice Sendak. You will be missed.