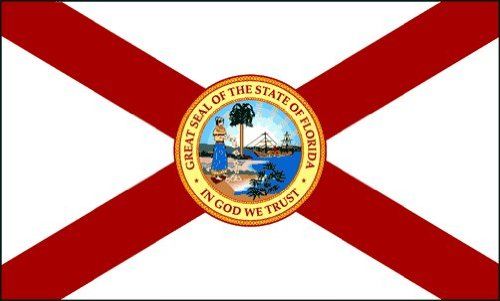 In its official strategic plan, Florida's Board of Education projected its goals for the next few years. The document set targets for the percentages of students the board hopes will be at grade level in the near future. But then it further breaks down those targets. By race.

Take a look below (or view the full document here): 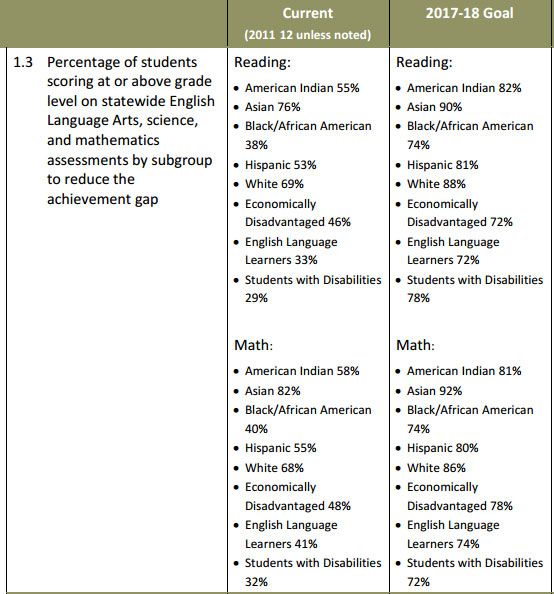 Now you can see right there in the chart that this was driven by good intentions. In terms of raw percentages, Florida's plan is an ambitious one, looking for around 20-30% boosts in each subgroup. And while the differences in projected percentages between the different subgroups is disturbing, the differences in the current percentages is much, much more disturbing. Clearly the people on the board thought that by pointing out the harsh realities of the achievement gap, they'd be better positioned to fight it.

Now, I can understand why you'd want to point out the numbers in the second column. Those are terrible numbers. 38% of African-American students in Florida are at grade level for reading. That's tragic. What I don't understand is why we need that second column. It follows up the first awful statistic with, "...therefore it's OK if we can only get 3 out of 4 students up to par." How does that help anyone?

It doesn't take a PhD in psychology to see how this could become a self-fulfilling prophesy. Ever heard of the Pygmalion effect? It states the greater the expectation placed upon a person, the better that person will perform. Conversely, the lower the expectations, the worse the performance.

The problem with this plan is that it doesn't simply tell teachers, "hold everyone to a much higher standard." The document says "92% of Asian students and 80% of Hispanic students should be at grade level for math." So the teachers hear, "the Asian students will be better at math." If the public school system sends out documents lowering teachers expectations of certain groups of students, the teachers will project those lowered expectations on to the student. And, according to the Pygmalion effect, students being held to lower expectations are more likely to underperform.

For the record, this has nothing to do with teachers, or even the members of the school board, being bigots. It's an institutional form of bigotry. It's setting up a system that places a lower value on the success of certain students. It's just hard to see that when it's buried beneath good intentions.