Five Books We Want To See As Movies | Bookbyte

Five Books We Want To See As Movies 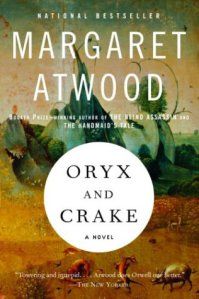 The premise: In a post-apocalyptic world, one of the only remaining survivors reflects on how his best friend brought about the end of civilization.

Why film it? Look at The Hunger Games. Dystopian sci-fi is in. Look at The Walking Dead. Apocalyptic sci-fi is also in. With Oryx & Crake, you get it both ways: a frighteningly believable and self-destructive future society and a planet after a disaster rapidly being reclaimed by animal and plant life. Plus, while the book can stand on its own just fine, there is a sequel (The Year of the Flood) and a third book due out later this year. And movie studios love franchises.

Who'd make it? It would be great if somebody like Terry Gilliam could make it. Despite the bleak material, the books are pretty funny at times and it would need a director who would be comfortable with some of the more unhinged parts. But there's no chance a studio looking to make a franchise would let someone that out of control near it, so my guess would be Alfonso Cuaron, who brought a lot of visual flair to another more down-to-earth sci-fi movie, Children of Men. 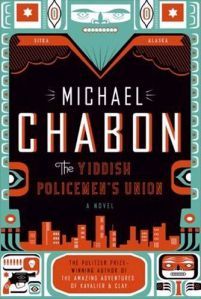 The premise: A noir detective tale set in an alternate history where, instead of Israel, a Jewish state was established on the island of Sitka, Alaska.

Why film it? The plot more or less follows the expected template of a detective story like The Big Sleep or Chinatown, but the setting is wildly imaginative and begging to be put on screen by someone with a knack for atmosphere. The book's definitely out there, but it's out there is in a very approachable way.

Who'd make it? For awhile there was a rumor that the Coen brothers wanted to make this movie, and really, I can't think of a more perfect match.

What are the odds it'll happen? 4/10 -- The film rights were purchased over a decade ago, before the book was even written. Yet nobody's touched it. If it ever gets made, it would have to be a passion project by the creators. And those creators would have to be someone like the Coens, who have enough pull as creators that they can get away with weird and ambitious projects. 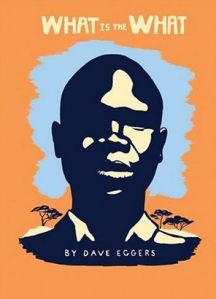 What Is The What -- Dave Eggers

The premise: Story created from the memories of real-life Sudanese refugee Valentino Achak Deng, a survivor of genocide who fled on foot from Southern Sudan to Ethiopia, eventually making his way to the United States.

Why film it? It's topical, it's based on a true story, and it's about atrocities most people are shamefully unaware of. The hero of the story is put through hell, yet remains incredibly likeable, relatable, optimisitic, and human throughout.

Who'd make it? Director Tom Tykwer (Run Lola Run, half of Cloud Atlas) has already expressed interest in making this into a movie. He probably wouldn't have been the first name to jump to mind, but I liked Cloud Atlas a lot better than everyone else did, so I'm going to say that this is a good thing. Also, I guess the hero runs a lot, so there's your Run Lola Run connection.

What are the odds it'll happen? 9/10 -- For whatever reason, I find it easier to not dismiss this as a rumor because, unlike the Coens with Yiddish Policemen's Union, that doesn't sound like the first idea a fan trying to start a rumor would come up with. The fact that South Sudan has now become an independent nation would put a nice coda on a story that otherwise has a fairly open-ended conclusion. 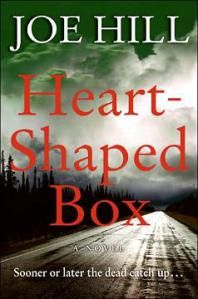 The premise: An aging rock star, fascinated with macabre collectibles, buys a ghost in an online auction.

Why film it? It's an original idea for a horror film. If there's one genre of movies that's desperate for original ideas, it's horror. Plus, Joe Hill is Stephen King's son, and as filmmakers eventually inevitably adapt all of King's books, they'll need to expand to new sources.

Who'd make it? Someone who understands horror and hard rock, which naturally makes me think Rob Zombie, but the book redeems its hero too much for a Rob Zombie movie. So instead I'll suggest David Cronenberg. If nothing else, he'd effectively render the festering infections each major character gets as the haunting gets worse.

What are the odds it'll happen? 7/10 -- Joe Hill's second book, Horns, will get a film treatment later this year, directed by Alexandre Aja and starring Daniel Radcliffe. There's a reason Horns was adapted first: It's a better book. No doubt Heart-Shaped Box's fate as a film is directly tied to how well Horns does. 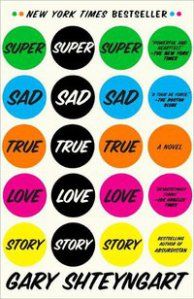 The premise: In a hyper materialistic future, a romance between a middle-aged Russian-American man and a young Korean-American woman is told through his journal entries and her text messages.

Why film it? Because, unless you count The Social Network, there are no good movies focused on social media. For something that takes up such a large portion of our modern culture (and such a huge portion of our time every day), there aren't too many writers out there really trying to get a handle on it.

Who'd make it? My dream pick would be Edgar Wright. He's funny, he's hyper-kinetic, he gets the current generation, and he's capable of finding a way to replicate the feeling of something without directly copying it.

What are the odds it'll happen? 2/10 -- Trying to adapt a book that's half told in text messages is a hard sell.