in College Life Education
You can educate yourself about candidates, but at the end of the day, most people will vote along party lines. That's just the way things are.

But in most elections, there are other things at stake than just who will take office. The times democracy really gets to chance to shine are with propositions (or ballot initiatives or measures or whatever your state calls them). 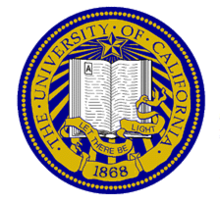 That's when doing your homework before the election really matters. You can't just say, "More like NObama! LOL! Straight Republican ticket!" or "Binders full of women! LOL! Straight Democrat!" When you've got an initiative, you actually need to pay attention to what's being asked.

This election, college students (and rising college students) in California are faced with two competing propositions, Prop 30 and Prop 38, that could significantly impact how public institutions earn money. If neither of them pass, students should expect to get a tuition hike of around 20%. The schools have to find the money somewhere.

Here's what each of the propositions are asking:

Prop. 30 -- The Schools and Local Public Safety Protection Act of 2012

Only one of these will be accepted, so if they both receive enough votes to pass, then the one with more votes will get passed into law.

That creates a weird situation, since it makes the two propositions half-compete with each other. The ballot wants you to consider each of these propositions independently, allowing you to vote "yes" or "no" for both, if you want. But both can't pass.

That means you need to vote strategically. Do you want CA schools to get more money no matter what? Vote both. Do you think the difference between these propositions is significant enough that you want to pick a favorite? Vote for one. Do you think any tax increase isn't worth it? Vote neither.