Writing textbooks has got to be pretty tedious work. So you can hardly blame the writers when they slip in something that seems a little bit... off. My theory is that one of three things happens:

#1. The writer slips something in to see if anybody notices. 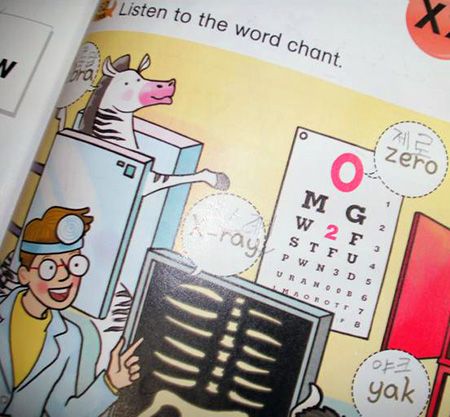 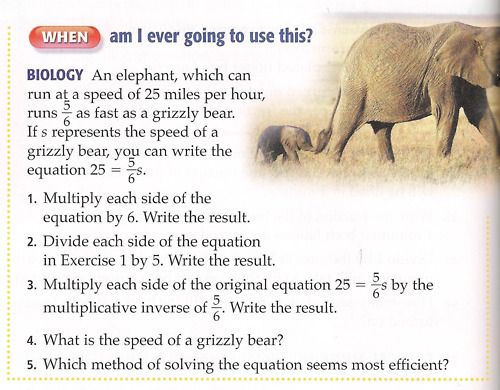 The heading asks a very good question that the problem doesn't really address. 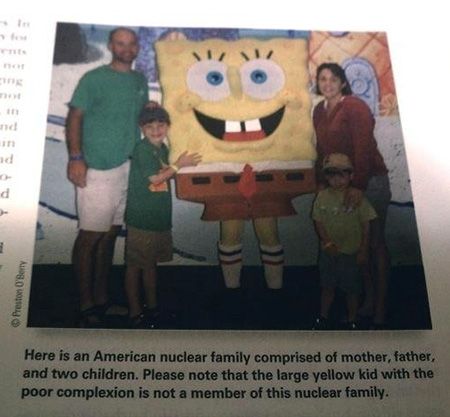 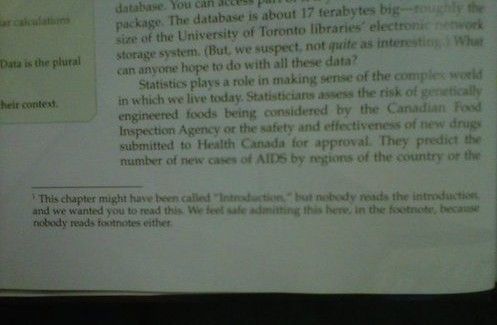 "This chapter might have been called 'Introduction,' but nobody reads the introduction and we wanted you to read this. We feel safe admitting this here, in the footnote, because nobody reads footnotes either." Whoever wrote this is my hero.

#2. The writer is so focused on the topic at hand that he/she forgets common sense. 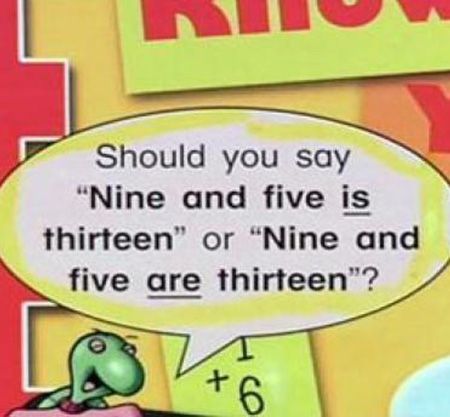 Hey, it's a grammar textbook, okay? Cut them some slack. 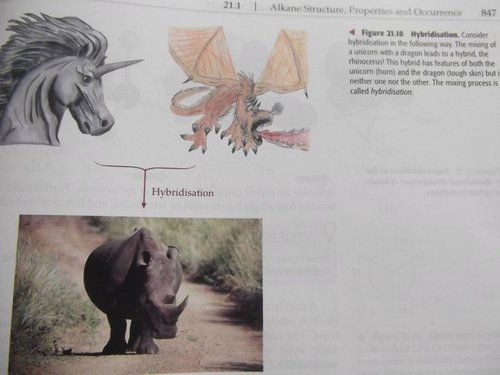 Apparently chemists believe that rhinos were created by dragons and unicorns mating.

That's for when you're way, way past the point you should stop. 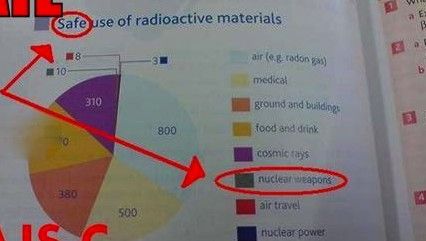 So... uh... what exactly are the people who're using it unsafely doing?

#3. The writer blacks out and temporarily lose his/her mind. 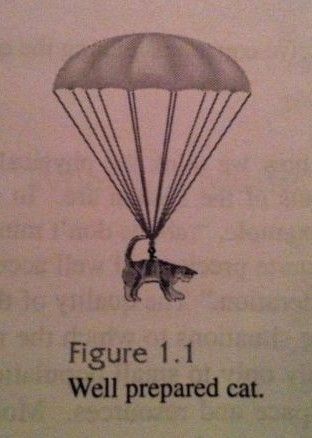 As if there's any other kind.

This is how you know it's time to hire a graphic designer. 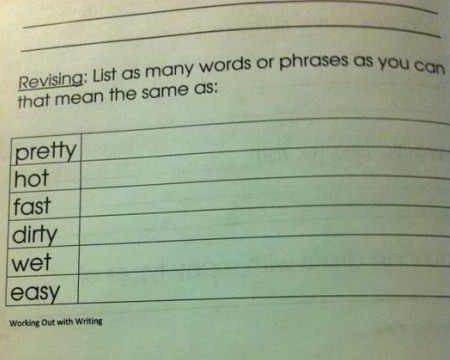 This exercise in synonyms is making me really uncomfortable.

I guess that's one way of interpreting that picture... 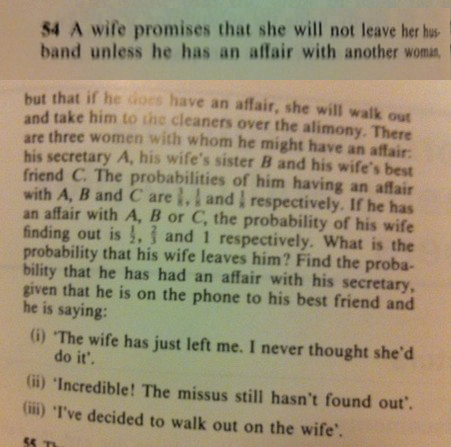 I can't help but feel like we're getting a pretty dark look into this statistics professor's personal life. 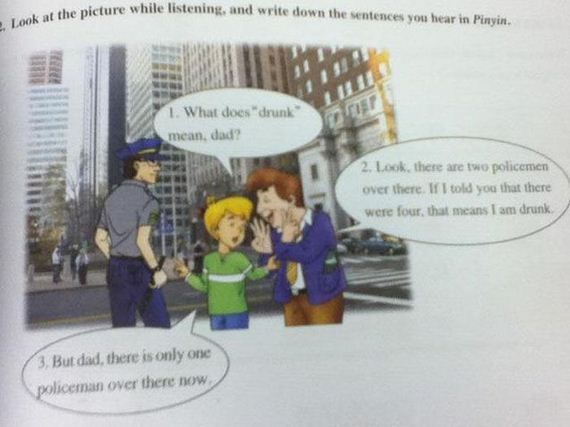 Ok, this one is just hilarious.

These images were found on the following sites: