10 Reasons You Might Want to Take a Few Summer Classes 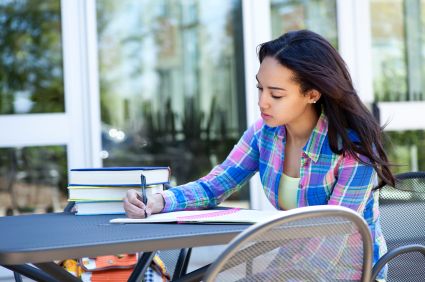 Pre-college, summer school is hung over the heads of students like a threat for not working hard enough. That's already an unfair stigma for grade school and high school students, but for college that stigma truly makes no sense. If you're reluctant to sacrifice your three months of sunshine for a few spare credits, here's a few reasons you might want to reconsider.

1. Summer classes are typically easier. Take this one with a grain of salt, because I have no doubt there are plenty of exceptions, but generally speaking, you won't need to do as much work during a summer term.

2. You can knock out that class you've been dreading while you're not ridiculously busy. Have to take Organic Chemistry sooner or later? Have you been putting off your core Foreign Language requirement? It might be worth tackling those when you don't have any other distractions.

3. You'll still have plenty of time for a job. Assuming you're only taking one class, it's only a few hours a week commitment. Not too many students work 9-5 at summer jobs, so it should be pretty easy to make it work with your schedule.

4. Plenty of time for a vacation too. Even if you're taking a full load, most summer terms last less than two months. Plenty of time to still take off for the beach, another country, or to hang out with the family for a months or so.

5. You don't have to take them at your normal school. If your college gets pretty lonely during the summer months, it's fairly easy to knock out your summer classes at a school closer to home, even the local community college. Just make sure to double-check with your current institution that all the credits will transfer.

6. Easier to find dirt cheap textbooks to rent. Places that rent out textbooks (like us) only have limited stock available. There's no scramble to find an affordable copy during the summer when most copies will be sitting around our warehouse.

7. Shorter, cheaper rental terms. Another benefit for semester students taking an accelerated summer term: You can save a few extra dollars by renting for just a month or two.

8. Smaller class sizes. This isn't everybody's cup of tea, but summer classes grant the opportunity to have a more direct one-on-one relationship with an instructor since class sizes shrink by a huge margin. However, be warned that the instructors for summer classes are often TAs and not full professors, so it may not be the one-on-one interaction you're looking for.

9. Earlier graduation. If you're really committed to grabbing credits here and there, you might even be able to shave a term or two off the whole college experience. Again, this isn't for everyone, but with the cost of college rising as it is, any tuition corners you can cut might be worth it.

10. Getting campus (almost) to yourself. You'll see a very different side to your campus in the summer. It's kind of like walking around New York City at six in the morning on a Sunday: all these buildings and nobody in or around them. You'll miss the mania of a packed campus after a few weeks, but for the short term it's a relaxing change of pace.